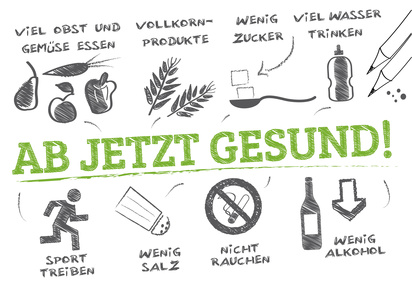 Jerusalem artichoke is also known as diabetic potato for good reasons. Scientific studies confirm that Topinmbur has many beneficial properties in the diabetes diet thanks to its diabetic ingredients. In addition to the low glycemic index of 2, the many vitamins and minerals, it is mainly the multiple sugar inulin that makes Jerusalem artichoke so special. Inulin has a harmonizing and optimizing effect on the entire metabolism. The appetite-suppressing effect and the only slight increase in blood sugar levels are further positive features.

The tuber has significantly less calories compared to potato and above all offers a lot of potassium. Jerusalem artichoke is considered an excellent substitute for potatoes and is widely used in diabetes therapy . The multiple sugar inulin is mainly degraded in the large intestine. As fiber, it swells up in the stomach and intestine by absorbing water. It reduces appetite and has a long-lasting, satiating effect . Since the multiple sugar is mostly mined in the colon , the blood sugar level increases only insignificantly . If you are injecting insulin, you may need to adjust your amounts in consultation with your doctor. Jerusalem artichoke is also considered a prebiotic, ie a built-up food in the diabetes diet.

The modern diet offers little work for the positive bacterial strains in the intestine. Jerusalem artichoke contributes significantly to the dulling of positive cultures in the colon. The entire metabolism is optimized, the food intake and evaluation is improved and the intestinal health can be increased. There are Suditudes that describe Jerusalem artichoke as an effective means of preventing colorectal cancer . Scientists believe that taking 5-10g of inulin per day has a positive effect on gut health. Thus, with a daily intake of 8 g inulin, a tenfold increase in the positive bifidus batteries was observed. (Study Tomotari Mitsuoka University of Tokyo 1987)

Here you can buy topiunambur especially for diabetics. All products are very suitable!

Pleasant is the versatility as Jerusalem artichoke can be used.

Jerusalem artichoke has a variety of positive characteristics. Where light is is also shadow and so it can happen to sensitive people that the use of inulin leads to flatulence and upset stomach . As a rule, these signs disappear after a short settling-in period . Flatulence means that the positive bacterial strains in the large intestine do their job and are quite active. We therefore recommend that you carefully increase the use of Jerusalem artichokes at the beginning.

As with many natural remedies, regular and continuous intake of Jerusalem artichokes is much more effective than an exaggerated one-shot dose. In the optimal case, you succeed in regularly enriching your diet with Jerusalem artichoke. We have received many positive feedback from our customers and are looking forward to hearing from you.

You have to know that about colon cancer