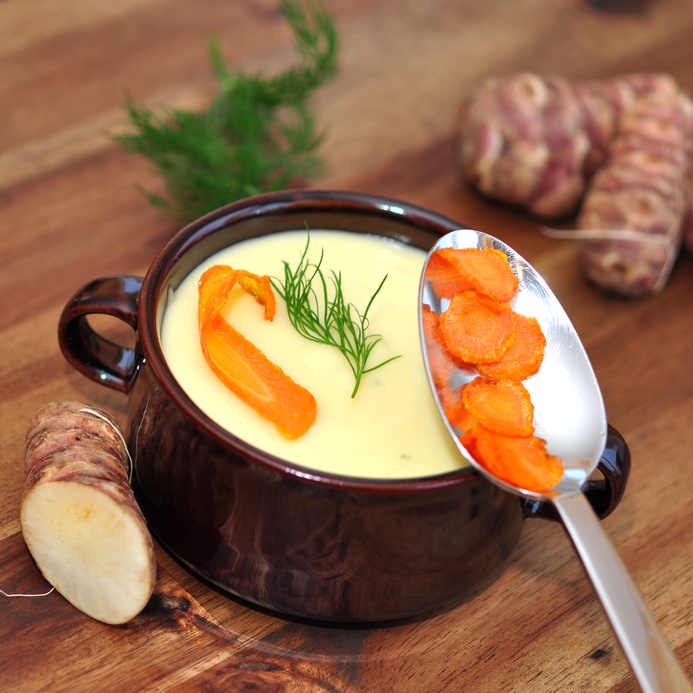 Chop onions, Jerusalem artichokes and potatoes or dice. Cook the vegetables in 1/2 l of water with vegetable stock, caraway and nutmeg with lid closed and medium heat for 15 minutes. After the vegetables are cooked, mash them and melt the butter. Season with the spices and sprinkle with parsley.

Grate Jerusalem artichokes and onions roughly. Mix with 50g sunflower seeds, egg yolks and flour. Season the dough with salt and pepper. Heat a little oil in a pan and add the Jerusalem artichoke dough with a large tablespoon in portions into the pan, spread out and fry until golden brown. Keep the fried buffer in the oven warm until everything is ready. 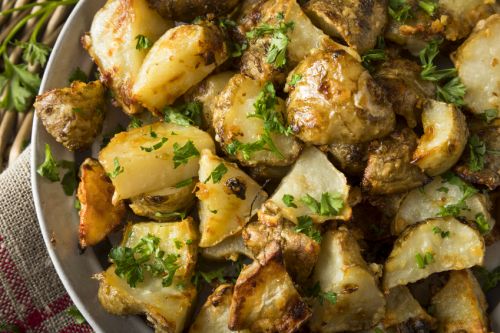 Cut the Jerusalem artichokes into thin slices. Fry the sliced ​​onion in a little oil. Add topinambur and sauté on both sides. Whisk flour, egg and salt and mix in the whole and let roast for a short time. Season with salt and garnish with the fresh herbs!

Roast sunflower seeds in a large nonstick coated pan until they are fragrant and brown slightly, then remove and allow to cool. Thoroughly brush the Jerusalem artichokes under running water and cut into slices of approx. 3 mm thick, or immediately mix with 1-2 tablespoons lemon juice. Rinse the thyme and shake it dry, pluck the leaves and chop it roughly. Peel garlic and chop finely.

Meanwhile drain the tomatoes and cut into thin strips. Mix under the slightly cooled Jerusalem artichokes, marinate for 30 minutes. Stir before serving, season with pepper and sprinkle with sunflower seeds. 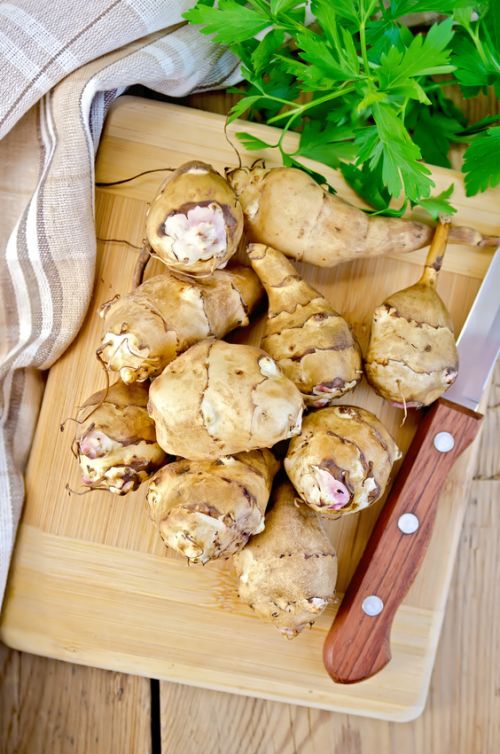 Roast sesame in a dry pan until they start jumping up.

Finely chop the Chinese cabbage and place in a bowl. Fillet the oranges over the bowl with salad. Squeeze out the remaining juice and mix under the salad

Cut the Jerusalem artichoke into pegs and fry in a pan with a pinch of chilli for 2 minutes while stirring, add the soy sauce and mix with the salad. Season with salt, soy sauce and possibly wine vinegar

Wash the Jerusalem artichokes and apples well and cut into thin slices or planing.  Mix the remaining ingredients for the dressing with a blender until the sauce becomes creamy. Add the sauce to the salad.

Wash and peel vegetables and apple and grate. Cut the orange into small pieces, collecting the juice. Mix the salad with lemon juice, oil, honey and yoghurt, season with a little salt. Roast chopped nuts in a dry pan and sprinkle over the salad.

Mix cream with apple syrup. Season the cream mixture with salt, pepper and cinnamon powder vigorously. Wash the basil, shake dry and cut into thin strips. Put everything under the raw food and maybe season with something else.

Clean the topinambur with a brush under running cold water, dry and clean. Slicing with the cucumber slicer. Drizzle the Jerusalem artichokes with 1 tablespoon of vinegar and lemon juice and season with salt and pepper. Wash the endive, wash and spin dry and cut into thin strips.

For dressing, peel the shallot and finely dice. Mix the remaining vinegar with crème fraîche, honey, mustard and turmeric. Stir in the oil, stir in the shallots and salt and pepper the dressing.

Mix the salad with the dressing and arrange on plates. Spread the Jerusalem artichokes on the salad and serve with the hemp seeds sprinkled on top

Add sour cream, lemon, pear syrup, ginger and salt to a marinade. Grate vegetables and apples directly into the marinade.

Garnish the finished salad with chopped parsley and a handful of roasted sunflower seeds.

Peel the Jerusalem artichoke and apples thinly and grate coarsely, squeeze out orange, add juice to the fruit, add the scraps of orange, fold in the cream.Sweeten with honey as desired.